For documents, declarations, and orders in regards to COVID-19, click the link below. Monitor local news sources for continuing updates.
COVID-19 Related Documents and Declarations

After high school, Chris enrolled at Lamar University where he received scholarships to be part of the prestigious Lamar A Cappella Choir and a member of Psalm 150 Gospel Chorus. In 2008, Chris applied and was accepted into the Lamar Institute of Technology Regional Police Academy. While Chris was attending the police academy, he continued to attend Lamar University in pursuit of his Bachelor’s Degree. In May 2008, Chris graduated from Lamar Institute of Technology with a Certificate of Completion in Law Enforcement and was licensed as a Texas Peace Officer. In that same week, Chris received a Bachelor’s Degree in General Studies, graduating with a 3.4 GPA for his collegiate career.

In May 2008, Chris joined the Port Arthur Police Department as a patrol officer where he served the people of Port Arthur. During his career with the Port Arthur Police Department, Chris was able to protect and serve the city during Hurricane Ike and kept the city safe along with his co-workers. In March 2009, Chris was given the great opportunity to work for Constable Eddie Collins as a Deputy Constable for Precinct 8. Chris excelled under Constable Collins’ leadership as a part of the Absent Student Assistance Program partnered with the Port Arthur Independent School District. Chris also served as a bailiff for Justice of the Peace Precinct 8 Court. In September 2010, Chris was unexpectedly part of a layoff from the county due to county budget cuts. During this time, Port Arthur I.S.D. was creating their own police department and Chris was able to join the Port Arthur I.S.D. Police Department. While working at the school district Chris saw the need to do more to help the youth in the community. With prayer, family and friends support, he decided to run for the position of Jefferson County Constable Precinct 2.

The roads were rough and the miles were long, but at the age of 26, Chris won the Democratic Primary on May 29, 2012 with an overwhelming number of votes in a four-candidate race. On November 6, 2012, Christopher Bates won the General Election and on January 1, 2013, he was sworn in as Jefferson County Constable Precinct 2. Adding to his achievements and milestones, Constable Bates, then 27 years old, is the second youngest constable in the history of Texas. He is the youngest elected official ever in Jefferson County, and the first African American Constable of Precinct 2.

Chris has been actively involved in the community of Port Arthur all his life. He has spent his entire law enforcement career in Port Arthur serving our citizens and making the streets safe for the children. He has provided community service for Jefferson County all his life and will continue to serve in many ways that are more positive. Chris is a member of the Young Men ~N~ Christ gospel singing group and has been so since the 11th grade in high school. The group has sung in various churches in the community showing the children, especially the young men, that there is a better way of life when you have a Christian heart. He is the Minister of Music at New Pilgrim Missionary Baptist Church, where he plays the organ, sings, and directs all choirs. He is also a proud member of Alpha Phi Alpha Fraternity Incorporated where he is an active member of the Gamma Tau Lambda Chapter here in Jefferson County. Chris has served as President of the Lamar University Alumni Advisory Board, a member of the Constable’s Education Committee for the State, and the Justices of the Peace and Constables Association District 10 Director. Chris is also the Vice President for Linda’s Lighthouse Non-Profit Organization.

For his outstanding community service and dedication to progress, Chris has been honored to receive many awards and recognitions. He has been honored to receive the MLK Support Group “Man of the Year” Award, Southeast Texas 40 Under 40 Honoree, Port Arthur News Blue Ribbon Award for “Best Law Enforcement Officer and Best Politician”, ExxonMobil Black History Month “Living Legends Honor”, and Constable of the Year for the State of Texas, just to name a few. In 2017, Chris received Master’s Degree from Texas Southern University in Public Administration and currently teaches as a Government Adjunct Instructor at Lamar Institute of Technology.

His dedication goes above and beyond the normal role as a Constable. In 2015, Chris established the “Constable Christopher Bates Criminal Justice Scholarship”. He hosts an annual scholarship breakfast to help raise money for the scholarship. To date, Chris has awarded over $10,000 in scholarships to high school seniors. Also in 2015, he started the “Christmas with the Constable” Toy Drive and Christmas program benefiting the local Salvation Army “Angel Tree” program. In 2017, Chris held the first “Constable Bates Junior Deputy Summer Camp” in partnership with Linda’s Lighthouse 501c3. This camp is designed to encourage the youth and build an everlasting relationship between Law Enforcement, Communities, and the Youth.

Chris is blessed to have two beautiful daughters, Cameryn and Casie, his lovely wife Ariana, and a huge supportive family. Constable Bates will always be “Committed to the Community and Dedicated to Progress!” 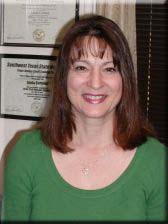 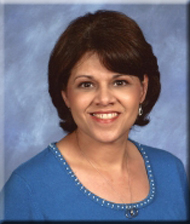